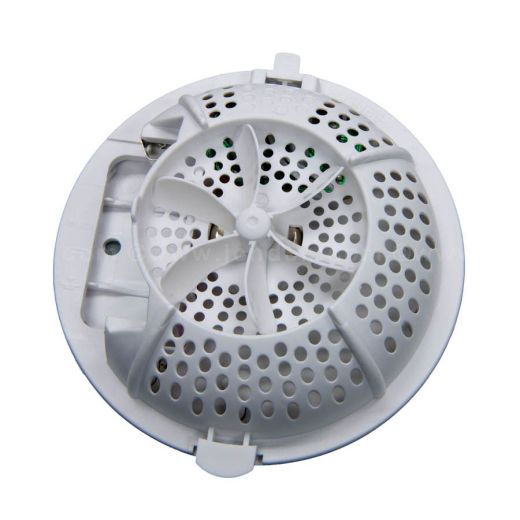 The Easy Fresh 2.0 Programmed Dispenser Cabinet is the only air freshener dispenser that uses the fragranced cover of the dispenser as the air freshener refill itself. The cover contains 2-3 times more fragrance than standard gels or metered aerosols! It can’t spill or misfire, making it a safe and mess-free choice for your facility. (Cover sold separately).

The Easy Fresh 2.0 Programmed Dispenser Cabinet features a “smart” motor-driven fan to move the fragrance, giving it the ability to freshen larger areas than a passive air freshening system. During week one, the dispenser knows that the new cover contains a lot of fragrance, so the fan only turns on sparingly. The fan runs more often during weeks two and three, and by week four, it runs constantly.

This “smart” system ensures that a consistent amount of air freshener is released daily, so it won’t be too overpowering on day one, and it won’t be too subtle on day 30.

Built-in indicator lights and an audible alert let you know when it’s time to change the dispenser cover, so you don’t have to keep track of when the dispenser was installed or needs replacing.

Once you replace the cover, the Easy Fresh automatically resets its counter—there’s nothing for you to program. Just snap on a new cover and the Easy Fresh will take care of keeping your restroom smelling great for the next 30 days. 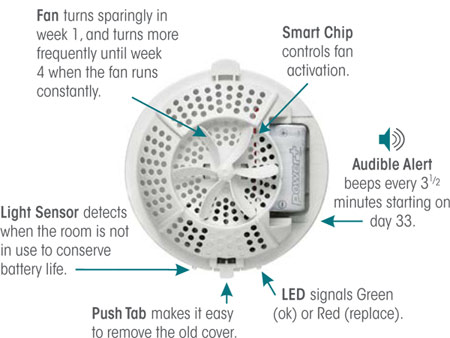 The Easy Fresh is powered by a single C battery, which lasts for about 6 months thanks to its energy efficient design.

The Easy Fresh is 100% recyclable, too. Simply drop the used dispenser cover in a box and mail it back to Fresh Products using the pre-paid shipping label. It’s that easy!